Hutchisons Dispute sacked half their workforce (97 workers) by text message. The union responds by use of community assemblies comprising of all unions affiliated with the Queensland Council of Unions – nurses, building workers, clerks, teachers, electricians and so forth.

Today (Friday , 14 Aug 2015) Ian was on the wharves from 6 am to see the workers march back to work after a order by the Federal Court granting a temporary injunction against the sacking. The full case is to be heard later in the month. Hutchison immediately disregarded the court order, not allowing some of the workers illegally sacked to return to work.

Hutchison’s competitor, Partricks, was the employer in the bitter 1998 ‘MUA here-to-stay’ dispute where half the workforce were made redundant. Patricks victory was to introduce, lower wages, poorer unsafe conditions, casualisation and automation to the industry. Chris Corrigan (Chairman QUBE) former Managing Director of Patrick Corporation engaged in  a conspiracy with the federal government (Up yours Peter Reith, John Howard!) against the waterside workers.

Seventeen (17) years later, the battle-hardened MUA together with increasing militancy from the rank and file elected a new state secretary, Bob Carnegie, sweeping aside the more moderate leadership after the resignation of Mick Carr, long-time MUA secretary.

Music from Phil Monsour and video … see the last frames of this clip where the workers march back to work in Brisbane while some are locked out in Sydney.

In Sydney workers are asking to be let back to work. This has become a strike of capital against the workers (a lock=out) orchestrated by a billionaire businessman in Hong Kong. 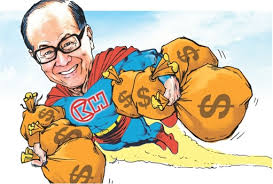 It is important for the workers to ‘know our Friends, know our Enemies’ in this pivotal dispute.

Ian and Andy play an interview with new organiser, Paul Petersen about the dispute.

Bob’s intro at the wharves

Chris from the Miners

Playlist
Phil Monsour – One more day than them
Billy Bragg – Never cross a picket line
H-Block 101 – Worker’s wage
Redgum – Killing floor
Glitter Rats – Which side are you on?

One thought on “Never cross a picket line – Hutchison Dispute”

Julian Assange – to hell and back!

Has Ukraine become a client state?

Should Assange be released?

Charting our own Course – towards an independent and peaceful Australia

The persecution, prosecution and jailing of political activists