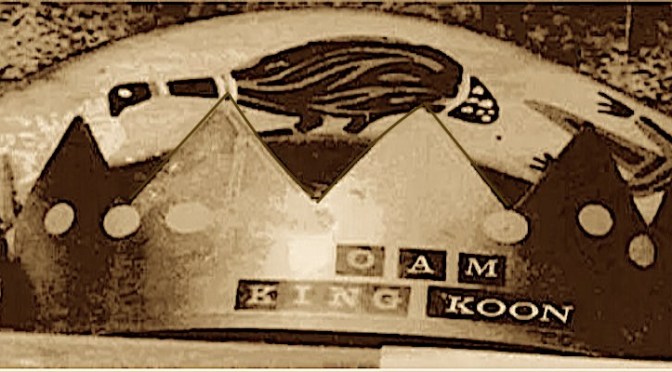 Plate sin with gold, and the strong lance of justice hurtless brakes.
Arm it with rags, a pygmy’s straw doth pierce it. – Shakespeare.

Paradigm Shift (4ZZZ fm 102.1 Fridays at Noon) broadcast on 31 May 2019. The radio show ‘Saving Wee Waa’ could have been about any country town in NSW or Vic or Qld. It is really about regional Australia … places like Condoblin, Trundle, Moree, Echuca, Ballarat, Tailem Bend, Kalgoorlie, Clermont, Esk, Lowood, Katherine … it is about country, about water, about land.
‘Saving Wee Waa‘ was several years in the making.

On a recent cycling trip with my brother through the Brisbane Valley we visited a number of regional towns .

On our journey I noted that a number of these towns were in serious economic decline. There was an attempt to bolster these towns using tourism. However this boost was only patchy.  Tourism could not replace the dying industries of dairy, railway and agriculture.

Since colonisation there has been a question mark over the sustainability of clearing scrub for cattle, of coal mining and of logging – all industries favoured by government in S-E Queensland over the past 150 years.

Erosion, bushfires and flooding have been the result in the Brisbane valley, often with deadly effect. I saw Queen Elizabeth present medals to townspeople whose family and friends died during the 2011 flood through the Lockyer Valley nearby.

The Brisbane Valley, while beautiful, is scarred with what has happened in the last 230 years. Nowhere on the journey did I see any real record or acknowledgement of what happened prior to those 230 years, how the people lived and what was their relation to the land. The towns we passed through were Yarraman, Blackbutt, Benarkin, Linville, Moore, Harlin, Toogoolawah, Esk, Coominya, Lowood, and Fernvale.

Over the past ten years 4zzz’s Paradigm Shift has concerned itself with questions such as sustainability, colonisation and solidarity. On today’s show ‘Saving Wee Waa‘ we visit a town on the Namoi River in New South Wales and look at the conflict that came with colonisation. We wish to place that conflict in the context of the socio-economic conditions faced by both settler and Aboriginal people in rural NSW.

We acknowledge the traditional owners of the land around the Namoi Valley, the Kamilaroi people. We have sought their testimonies as to the effect of the birth of a large cotton industry in Wee Waa in the 1960s. Particularly we wish to acknowledge the Murray and Flick families who have fought long and hard against prejudice and injustice by the townspeople of Wee Waa. We do not presume to tell their story nor do we claim any great insight into their pain. However, thanks to the efforts and organisation of Aboriginal filmmakers, storytellers and agricultural workers, we have been able to bring this story to air.

Thanks
In the preparation of this program we have found many sources. We would like to acknowledge some of them here. Firstly Simon Luckhurst’s Eddie’s Country (second edition published in 2006). Too Much Wrong by Cavanagh and Pitty (second edition 1999). Welcome to Wee Waa, a film by Madeline McGrady and Stephen Robinson. ‘The responsibility of people : a study in race and racism, Wee Waa, NSW‘ by Christine Clare McIlvanie. Finally, we thank The Radical Times Archive by Peter Gray.

In recent New South Wales state elections country New South Wales voted the National Party out with swings of up to 20% to the right-wing Shooters Fishers and Farmers Party. This was partly because of water supply problems and mass fish kills in the Murray-Darling river system. Roy Butler from the Shooters Party (now there’s an unfortunate name) took the seat of Barwon which takes in much of Kamilaroi country including small towns like Wee Waa and Collarenebri. The seat extends further south as far away as Condobolin.

The cotton industry was established in Wee Waa in New South Wales in the early 1960s. Several families from California bought up land from graziers, sheep and wheat farmers around the Namoi River. These American families said they left California because cotton was too regulated there; they preferred the deregulated system of New South Wales.

Water
Californian cotton farmers, Paul Kahl, Frank Hadley, Jean Kahl and Norma Hadley came to town in the early 1960s claiming there was too much regulation in the cotton industry in the US. Big Cotton took over and the Namoi River suffered as a result. Frank Hadley, reflecting on its origins in the early 1960s, had this to say about the use of water:

“At that time you got a water licence per property, and if you had a man and a wife own a property in a joint name you could get a 400-acre [161-hectare] licence, but if you had it in two names you could get two 400-acre licences.

“So knowing that when we bought our land, we bought it in as many different names as you could, so we expanded that way.”

Eddie’s dad, Arthur, had death threats from townspeople prior to his son’s murder. Arthur and a mate, Keith Morris, had campaigned hard to get justice for their people, but to no avail.

The Wee Waa Echo called aboriginal activists “radicals and professional troublemakers”, adding that “it is not fanciful to see the Aboriginal problem as the powder keg for Communist aggression in Australia”. Abused as “boongs” and “niggers”, the Murrays’ riverside camp was attacked and the cotton workers’ tents smashed or burned down.

Wee Waa is the town where Eddie Murray was murdered in 1981 by local police because his family were struggling for decent conditions for aboriginal cotton chippers from the cotton farmers.

The town is well known for its racism. Townspeople placed a boomerang with the sarcastic inscription ‘OAM King Koon‘ on the bar of a local pub. The OAM is the abbreviation of Order of Australia Medal.

Keith Morris said that ‘he had mixed emotions about receiving the medal‘ because of the racist attitudes of many of the townspeople.

The Echo article reads: “Mr. Keith Raymond Morris of Delta Pine Place, Wee Waa, had been awarded the Medal of the Order of Australia in the Queen’s Birthday Honours for ‘welfare work’. “

Keith Morris and Arthur Murray had been organising itinerant cotton chippers in the the town to fight for better wages and conditions.

Cotton farmers’ custodianship of the land is a crime against the original owners of the land near the Namoi river, the Kamillaroi people. It is a crime against nature. Over the past 60 years crop dusters have sprayed cotton with toxic chemicals. When Aboriginal people worked in the industry as cotton chippers they were sprayed as well. Conditions were bad and the white townspeople of Wee Waa demonstrated their prejudice against aboriginal workers.

Will regional Australia learn its lesson, give up on racism and embrace a more sustainable custodianship of the land?

Abortion rights across the world

The sleep of reason is the birth of monsters

Infantile disorder in the Greens