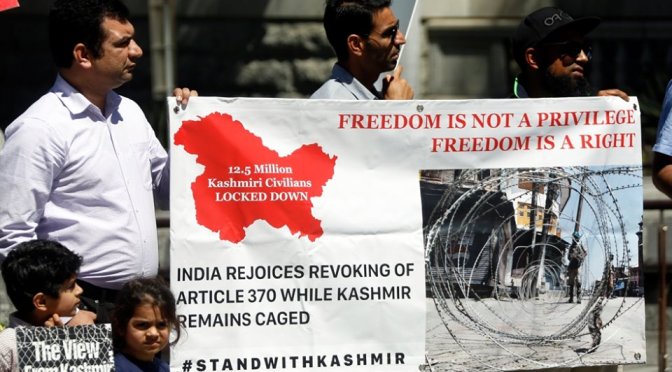 Nuclear war?
Kashmir is an ancient country in Central Asia surrounded by Pakistan, India, and China. It is currently under Indian military occupation with a curfew imposed. During the cold war both Pakistan and India were client states of the US and the USSR respectively. Now India is under populist control of a Hindu nationalist, Modi, supported by US President Trump.

On 26 Sept 2019 President Imran Khan warned the UN General Assembly of possible nuclear conflict over Kashmir if a massacre occurs when the curfew is lifted. What is the truth of the matter? How do we inform ourselves?

References
Article 370 (of the Constitution of India)

One thought on “Kashmir: You can say you weren’t told”